Just over two short months ago the Nebraska FCCLA State Officer Team was gathered for the first time at the end of the State Leadership Conference.  As the team met early that morning, they found the quote above setting in their spots.  Honestly, at that first meeting I was more tired than I was scared, but I knew that that quote was put there for a reason.

Now flash forward to the beginning of June, we all gathered together once again at our State Officer Leadership Academy; this is when it got a little scary.  I guess that intimidated was a better word than scared, but they both worked.  However, only when you are in the face of fear is when you can learn to grow.  And that is exactly what happened.  It took some time, but we all realized that we were indeed being brave; that as we all sat around that conference table, planning our year, every choice, every decision, and every discussion that we had was us being brave.  We had to make choices on behalf of our organization that will result in big changes for the members.

After our fear disappeared, and we realized our bravery, we began to become more comfortable with what we were doing as officers.  I hope that you can all find the same bravery in everything you do whether it is competing in STAR Events in a few weeks in Nashville, being a chapter officer, or becoming a leader in your community. 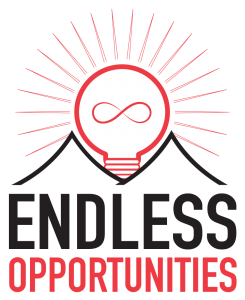